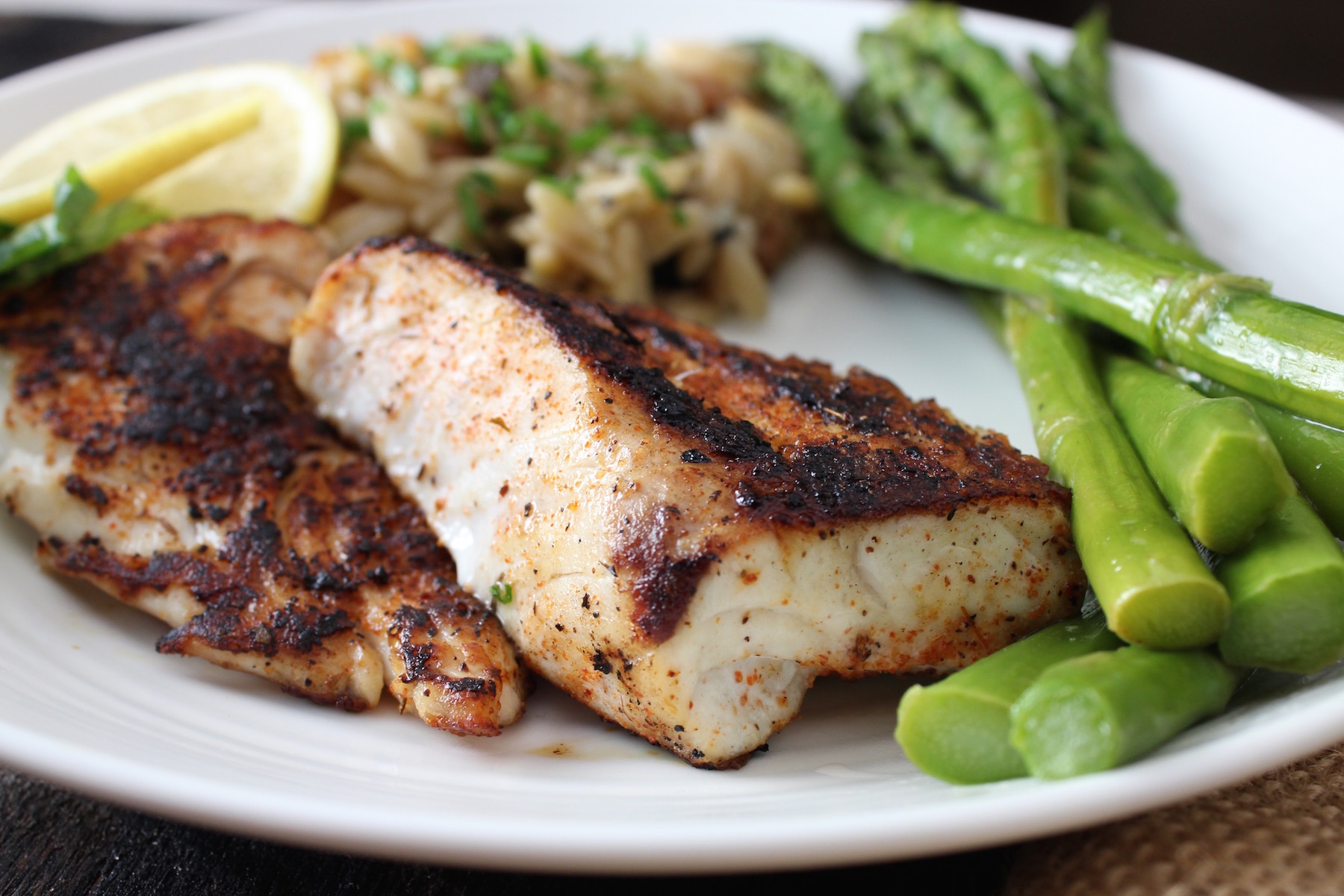 I recently visited the Mote Aquaculture Park in Sarasota to learn about how they’re raising Red Drum (Redfish) and sea vegetables (see Field Trip Friday – Mote Marine Aquaponics).  Afterwards, I was curious about differences there may be between farm-raised and wild-caught fish, so I set out to answer my own question. The first thing I had to do was catch a fish, so I asked Brendan if we could go fishing and he quickly replied “Well, if you NEED me to go fishing, I’ll go!”

To increase our chances, we scheduled a trip with our charter fishing friends at Big Bully Outdoors because they’ve been catching lots of Redfish in Charlotte Harbor. We spent a great day pulling in Jacks, Founder, Snook and sharks, but I was the only one who hooked a Redfish!  She was a beauty, but an inch and a half too big to keep. So, even though I had my heart set on going home with a fish, I released her. 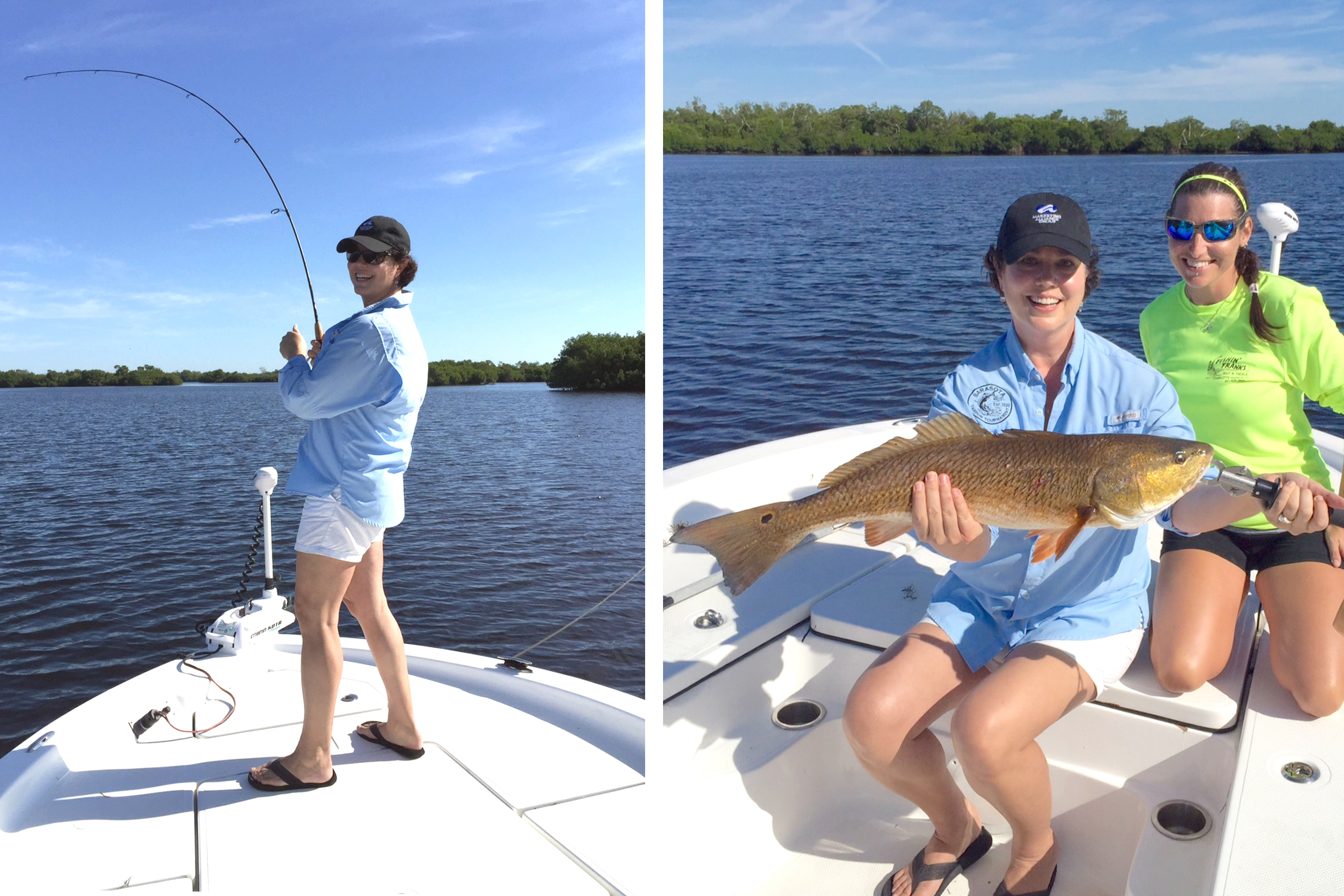 We didn’t catch another Redfish that day, but the next day our friends nabbed a keeper size (21”) and saved it for us!

My next stop was to Mote to pick up a fish they offered for my project, and it happened to be 21” as well.  Below is Michael Nystrom from Mote, netting my very own, beautiful Redfish. 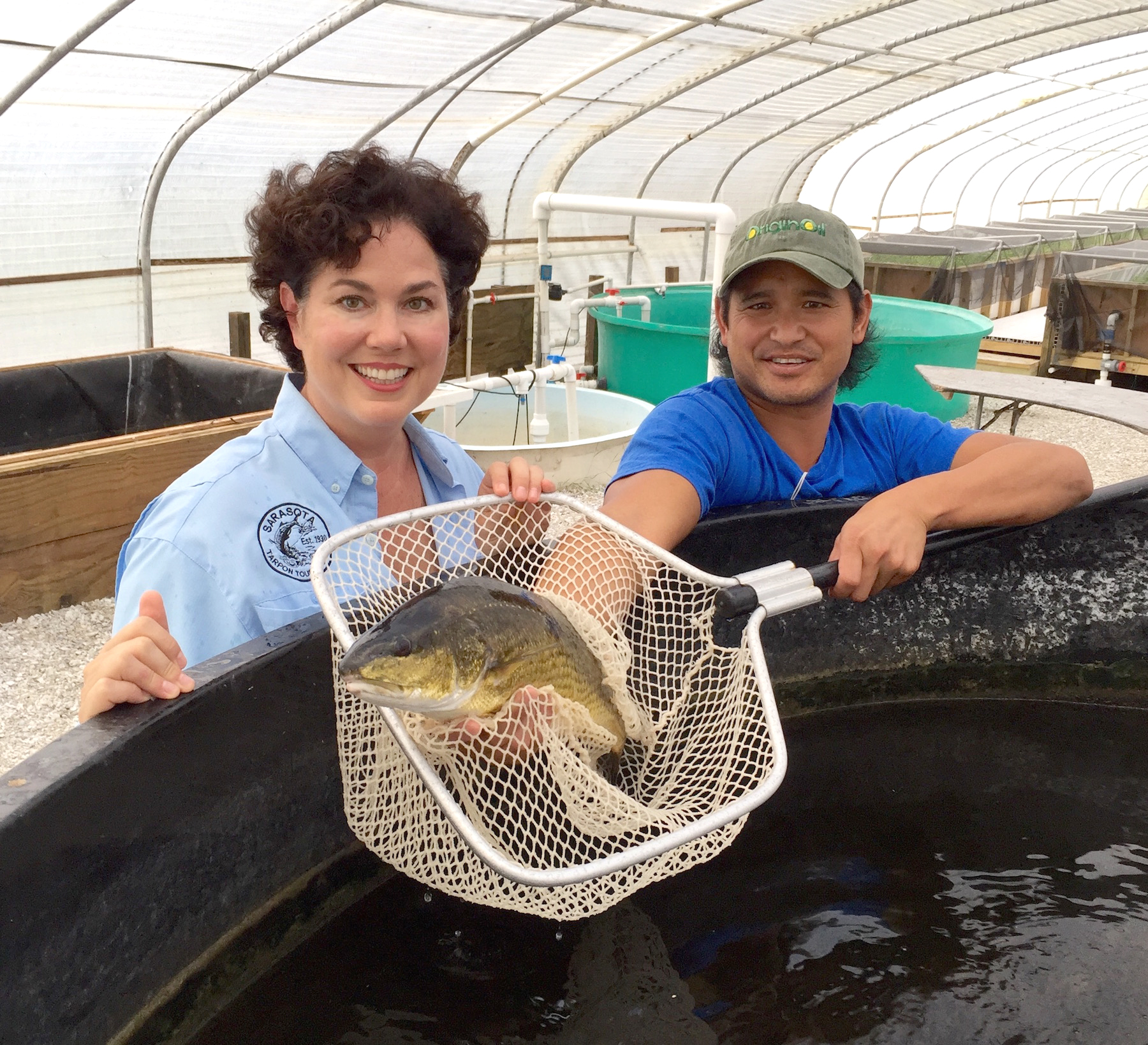 While they measured the same, the farm-raised fish was thicker than my wild fish — probably because farm-raised fish don’t have to search for food (they’re fed high protein/low fat pellets) and they swim in a contained environment. Wild fish have to work to get their food and even have to fight off larger predators, including anglers like me, so they tend to stay in leaner shape! 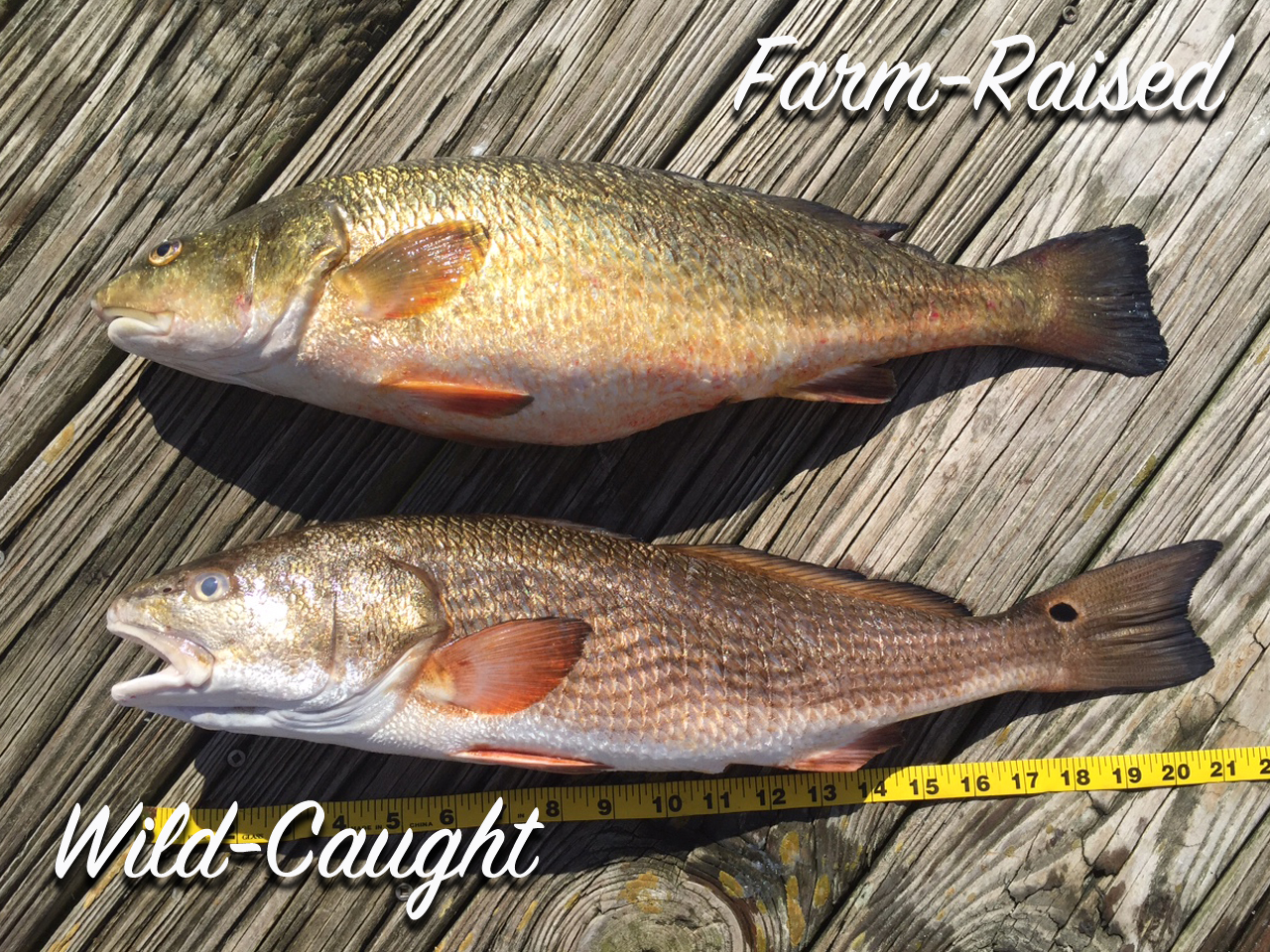 Once filleted, we noted the farm-raised fillets were considerably larger. In terms of color, the wild fish was more translucent; the farm-raised was darker, with a pink hue. 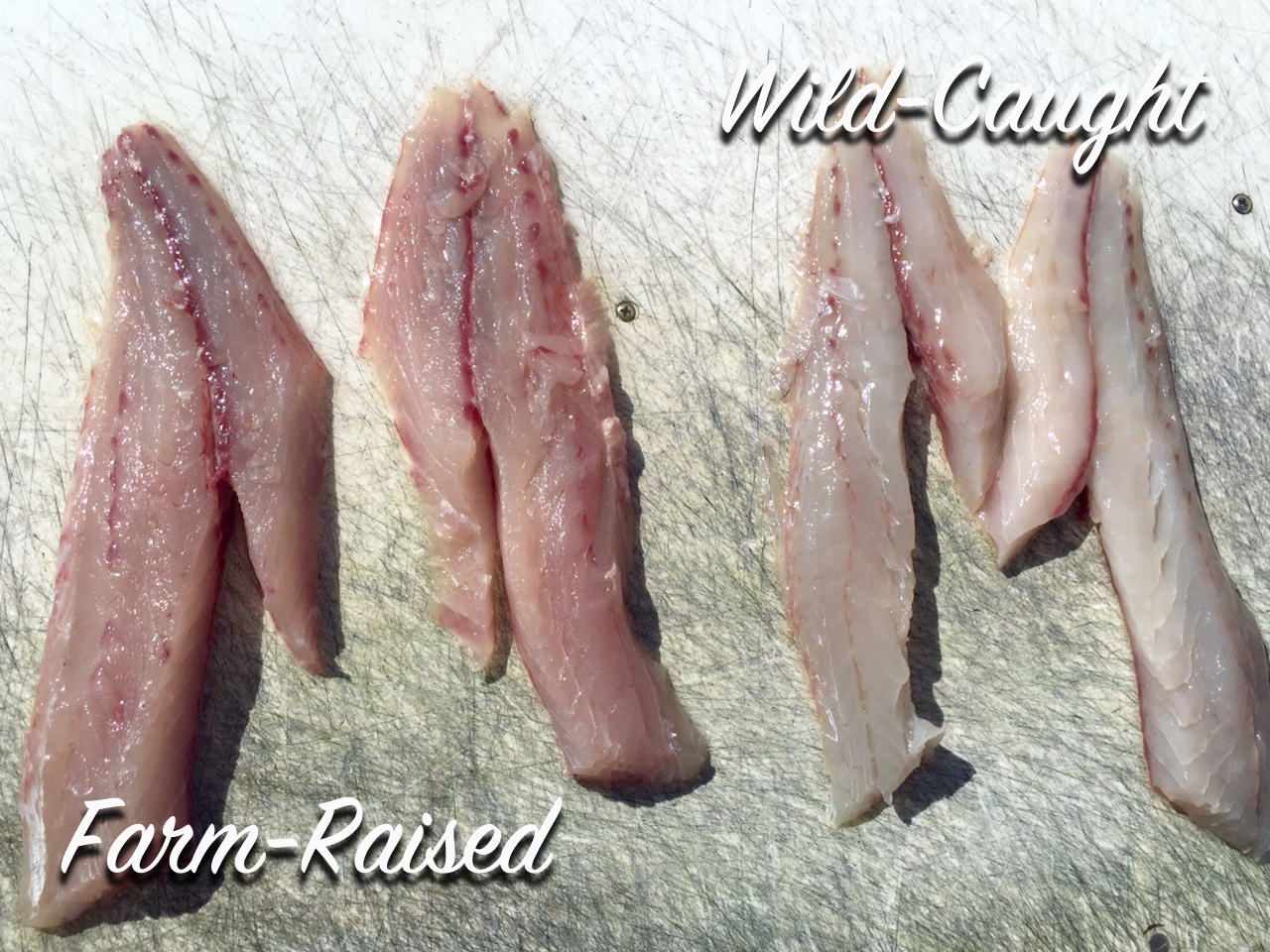 The all-important tasting portion was certainly not a scientific blind test, but it was definitely informative. Our friends Todd and Tamara joined us because they enjoy good seafood and are always up for something fun. And since Brendan and I have a combined 40 years of experience catching and eating Gulf seafood (large offshore species to small inshore species), we dubbed ourselves “experts” in this non-scientific test 🙂

I made each fish two ways, careful to keep them separated so we didn’t get them confused — one a simple saute finished with lemon/parsley butter, the other dusted lightly with Paul Prudhomme’s Redfish Magic, seared in a hot cast-iron skillet. Both looked delicious so we were excited to dig in and discuss flavor, texture, moisture and color.

The results? The thicker fillets of the farm-raised fish were more opaque and a bit more firm/meaty (kind of like a Pompano, which is also delicious); the wild fish was more translucent and delicate (like that of a small Snapper). Both were bright white, flaky and mild flavored. In the end, we noted a few slight differences, but there was no mistaking the fact that they were both delicious, so we deemed our non-scientific taste test a success!

Thankfully, through state-wide fishery management (including rules that set the size of fish we can keep), the wild Red Drum species, among others, is currently healthy. But if you’ve been keeping up with news about sustainable seafood, you’ve probably been as surprised as I have to learn that more than 90 percent of the seafood we consume in the U.S. is imported from other countries, and a good portion of THAT is farm-raised. Wow.

We’re fortunate to live in a coastal community with an abundance of seafood, but if our resources are depleted, we’re wise to augment our supply with farm-raised varieties. Fortunately, creative efforts are popping up around us as alternatives to wild harvesting. Mote’s program is one of them, and it’s providing technology and research to other communities so they can create their own.

Red Drum is just one of the species that has had successful results in a farm-raised environment, and we’re starting to see more of it on menus of local restaurants. So, if you get a chance to try it, please do — you won’t be disappointed 🙂 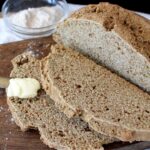 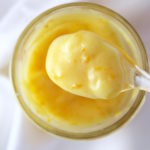 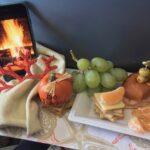 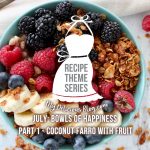 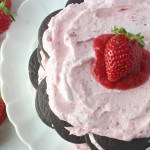