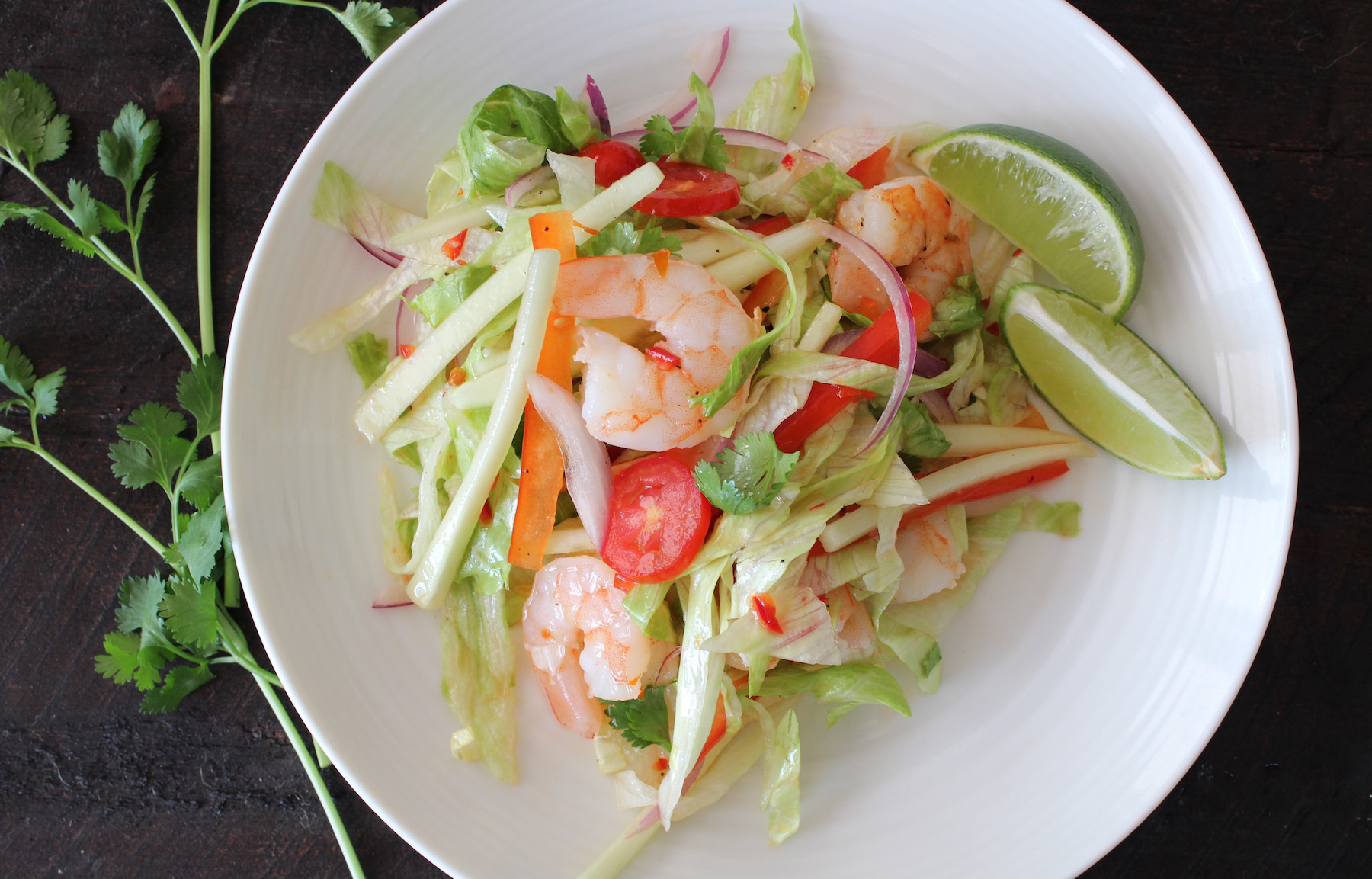 Many months ago I was having one of those days when I just couldn’t bear to cook another meal, after about 22 in a row (yes, this does happen sometimes). So, hubby took me to our favorite Thai restaurant for dinner and it was wonderful to just sit back and enjoy a yummy meal without preparing anything myself 🙂

I usually order the same dishes at this lovely restaurant, but that night I tried a new salad. It was called “Jumping Shrimp Salad” and it was SO tasty.  It was a beautifully-prepared dish with fresh steamed shrimp, onions, lettuce, peppers, cucumbers, cilantro in a spicy lime-sweet chili dressing. I tried to remember every component (including what I thought was in the dressing), jotted down some fast notes when I got home and said to myself “some day I’m going to try to replicate that salad!” Well, today was the day for experimentation, and I can now toss this crumpled, dog-eared little piece of paper I’ve been moving around for almost a year!

I did a little online research for “jumping shrimp Thai salad” and found a video of a woman in Thailand preparing what looked like a really tasty coating for shrimp – roasted rice flour, peppers, spicy oil and lots of other good stuff. But the star of her dish made its appearance when she scooped up some tiny LIVE shrimp from a holding pen and tossed them into the coating, mixed and served (hence the phrase “jumping shrimp”!) to the amazed onlookers.  Many of those wary tourists simply declined the serving, but a few brave gals were happy to give it a try (one actually went back for seconds!).

I’m not that adventurous so, not to worry — I COOKED my shrimp (and so did my favorite Thai restaurant!). 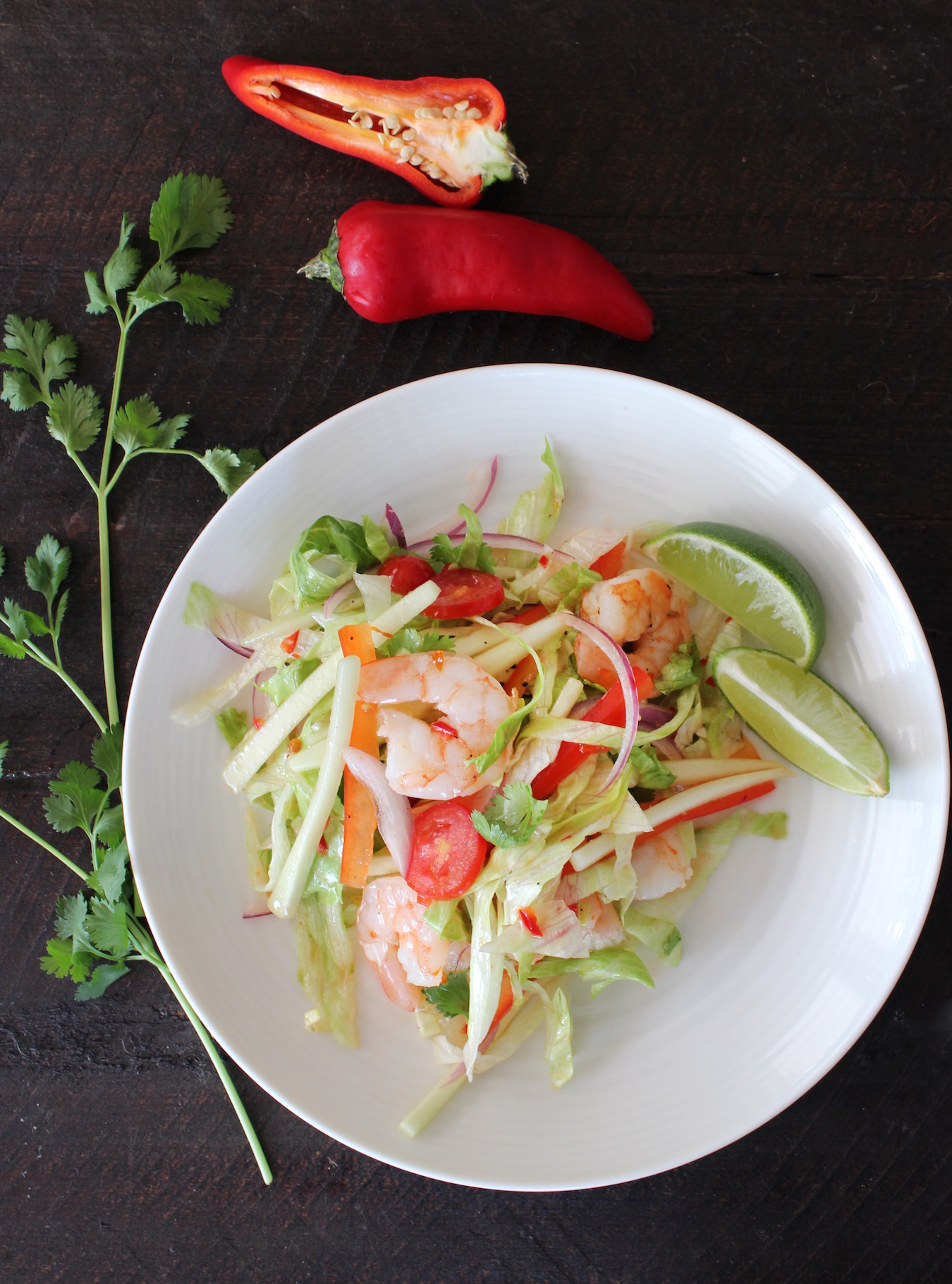 The nice thing about this salad is the mix of flavors and textures. It’s refreshing, tasty, crunchy, light, and you can make it as spicy as you want. Hubby and I enjoyed it as a large lunch salad, but it would make a good starter as well. 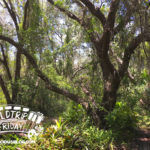 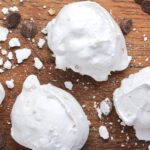 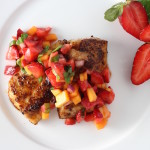 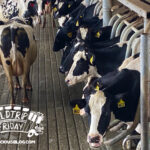 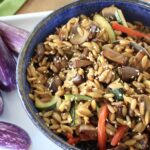 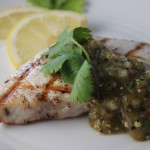